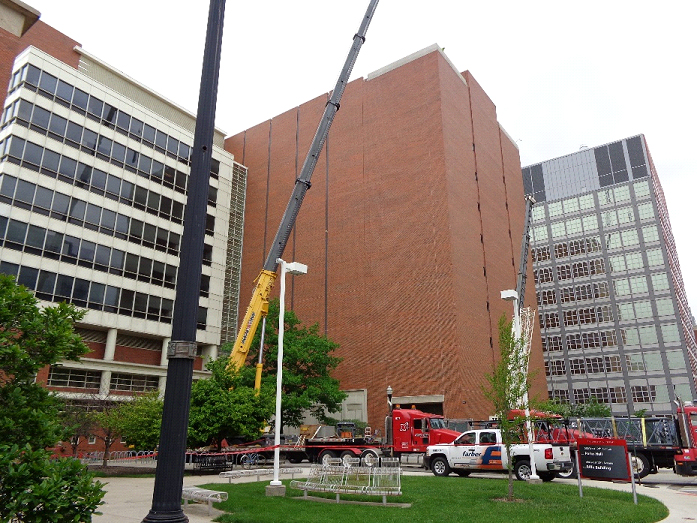 On this project, Farber Corporation assumed the role of General Contractor, and from this perspective managed every aspect of the project. In addition to managing all contractors on site, Farber worked diligently to connect the University’s chilled water loop to the cooling systems of the BioScience, Parks and Riffe buildings. In order to perform this task, over 1000’ of 14” steel weld pipe, two – 15,600 kBTU/hr heat exchangers, six VFD enabled chilled water pumps, chilled water valves and controls were installed. Once the new cooling system was in operation, Farber utilized a 500 ton crane to remove the four massive cooling towers, two absorbers, one chiller and two pumps that were previously used for cooling the buildings.